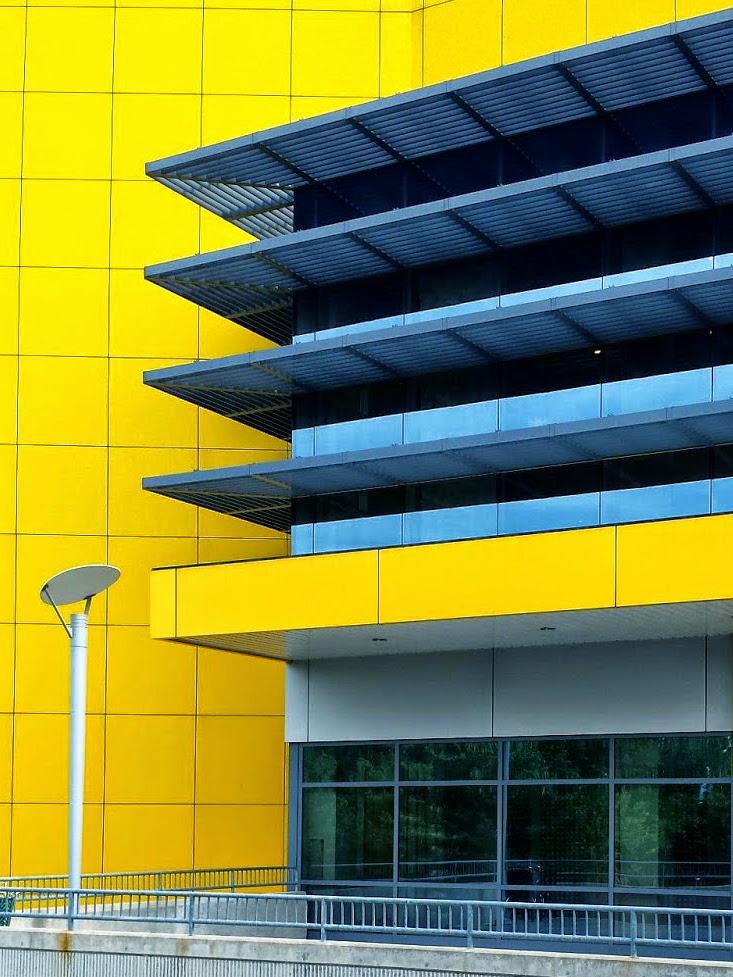 Trial post using smartphone app. I may delete this later..

Update: I've figured out how to fix the aspect ratio on the cellphone camera. This 16:9 doesn't work vertically, at least not for this scene.

Update 2: I went ahead and cropped this down to 4:3 ratio.
Posted by Michael Gatton at 9:57 AM No comments: 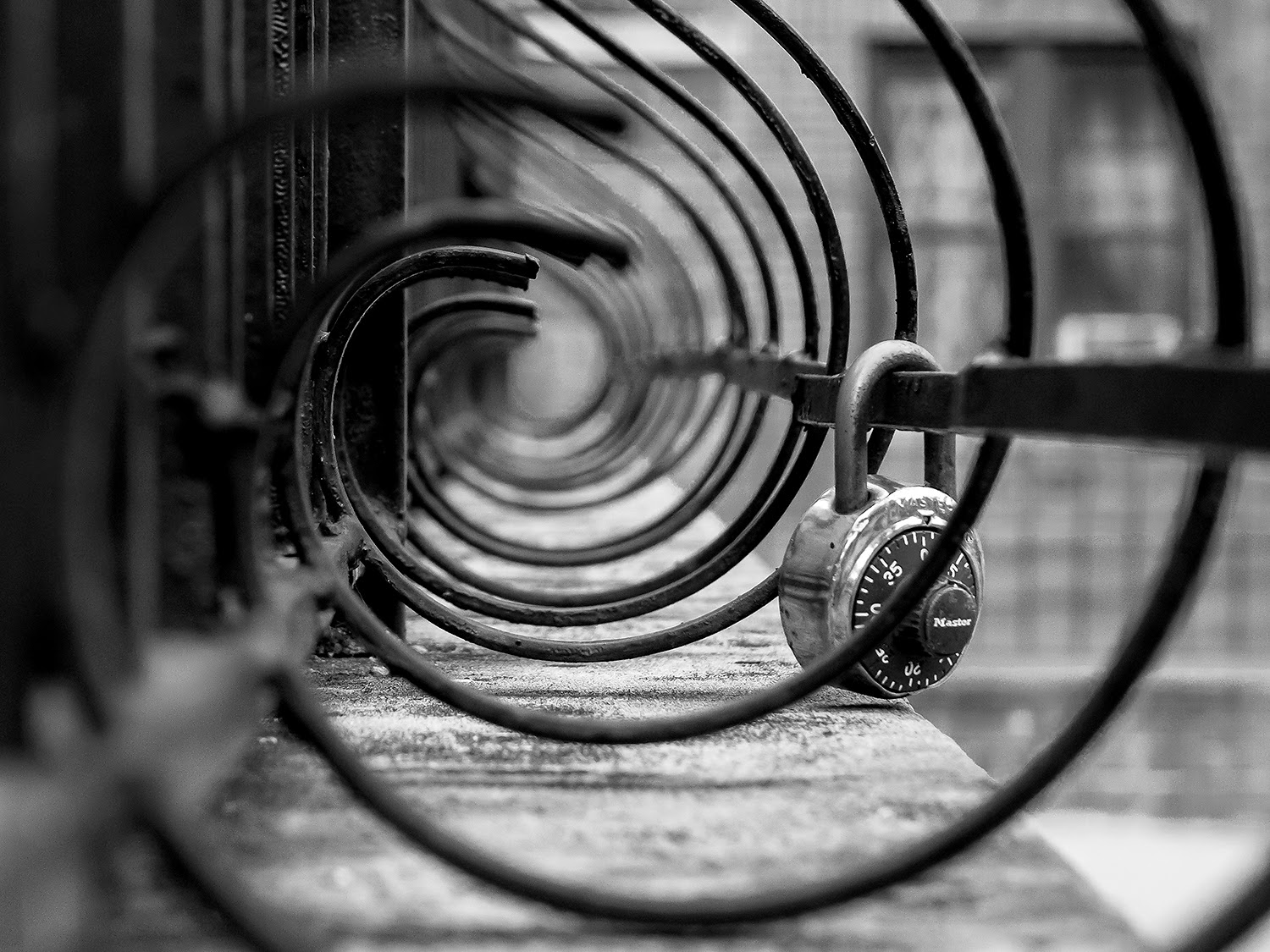 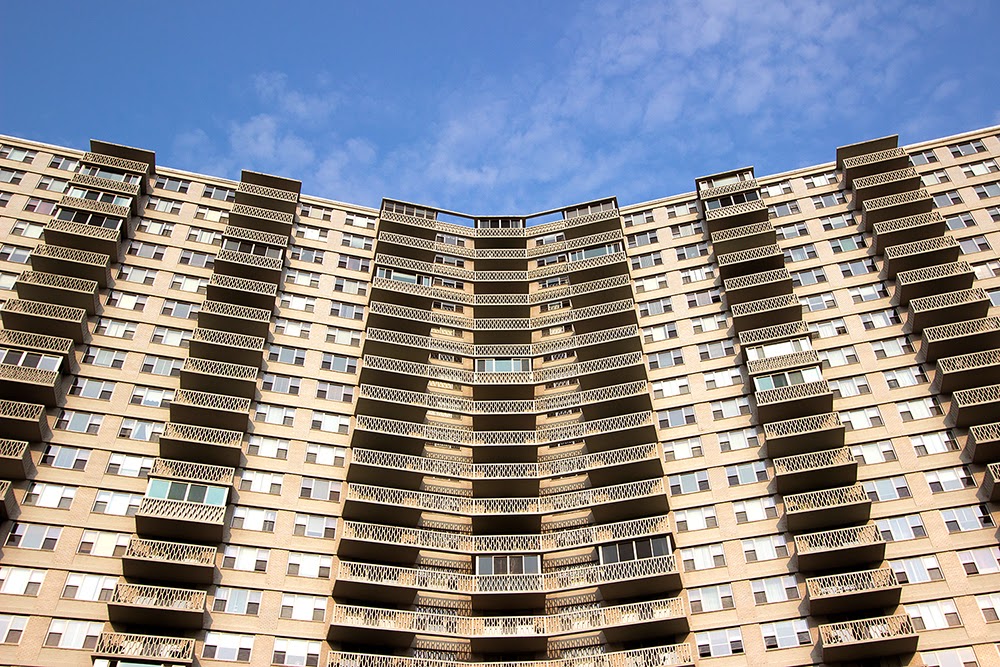 This dead-boring picture almost got me arrested today.

Sometimes I take shots like this more or less as "warmups." I know it's boring, I didn't expect to make anything of it, but I just need to overcome the inertia (or that voice in my head that tells me every picture I take is a waste of time) and start shooting something. I don't know how many other people do it, but I actually read about this strategy on some other photography blog (can't remember which). It works for me, more or less. Sometimes. That said, I kinda liked the balcony design here, but I couldn't get a good angle on it or a good view with the ultra-wide zoom. This was broad daylight, slow car traffic on the street, with a busy park across the street, and foot traffic on the sidewalks. Not some back alley or hiding in the bushes.

Anyway, I took 2 such pictures and moved on, only to find a few steps down a police officer crossing the street and stopping me. OK, it's Fort Lee, it's a small town environment (I've never been stopped in NYC), and the officer is polite and courteous and no big deal. I assure him I have a wide angle lens, I'm just an amateur looking for interesting things to photograph yadayada. He asks for ID, I give it to him, I show him the live view with the lens so he knows it's not a tele, he asks to see the photos I took, no problem.

Then he asks me to wait for a minute as he goes across the street to his car with my ID. Now I'm getting pissed. I clearly have broken no laws.  I have not done something that's only technically legal but somehow creepy or unwise, and yet he's continuing his investigation. Now a second police vehicle appears with lights flashing and a second officer gets out of his vehicle and walks a few feet down from me and stands there looking menacing like I'm going to run for it or something. WTF?

Lucky for me I have a clean record, never been arrested, don't even have a moving violation (like speeding or running red lights, etc). I don't have any outstanding parking tickets in Ft. Lee or anywhere, actually. He still asks me if I've ever been arrested (didn't you just check my ID?).

I stress again that the officer was courteous about the whole thing and thanked me for my cooperation when it was finally over, and made small talk about photographing the GWB at sunrise. But I really felt violated - I had that sickly feeling that I had done something wrong even though I hadn't. I couldn't really stand up for myself without risking an escalation that could result in being taken in ("Oh, you wanna do this the hard way, eh?") or ticketed for jay-walking or something. I really had to resist the impulse to challenge the validity of the investigation (beyond verifying that there was nothing wrong with my pictures, which is understandable).

And now what? What other innocuous picture can I not take without being stopped and investigated by a police officer? What if this happens again - will I be able to maintain my composure? Certainly sucked the life out of this evening's efforts, and I don't know if I'll be returning to Fort Lee any time soon. Blech. 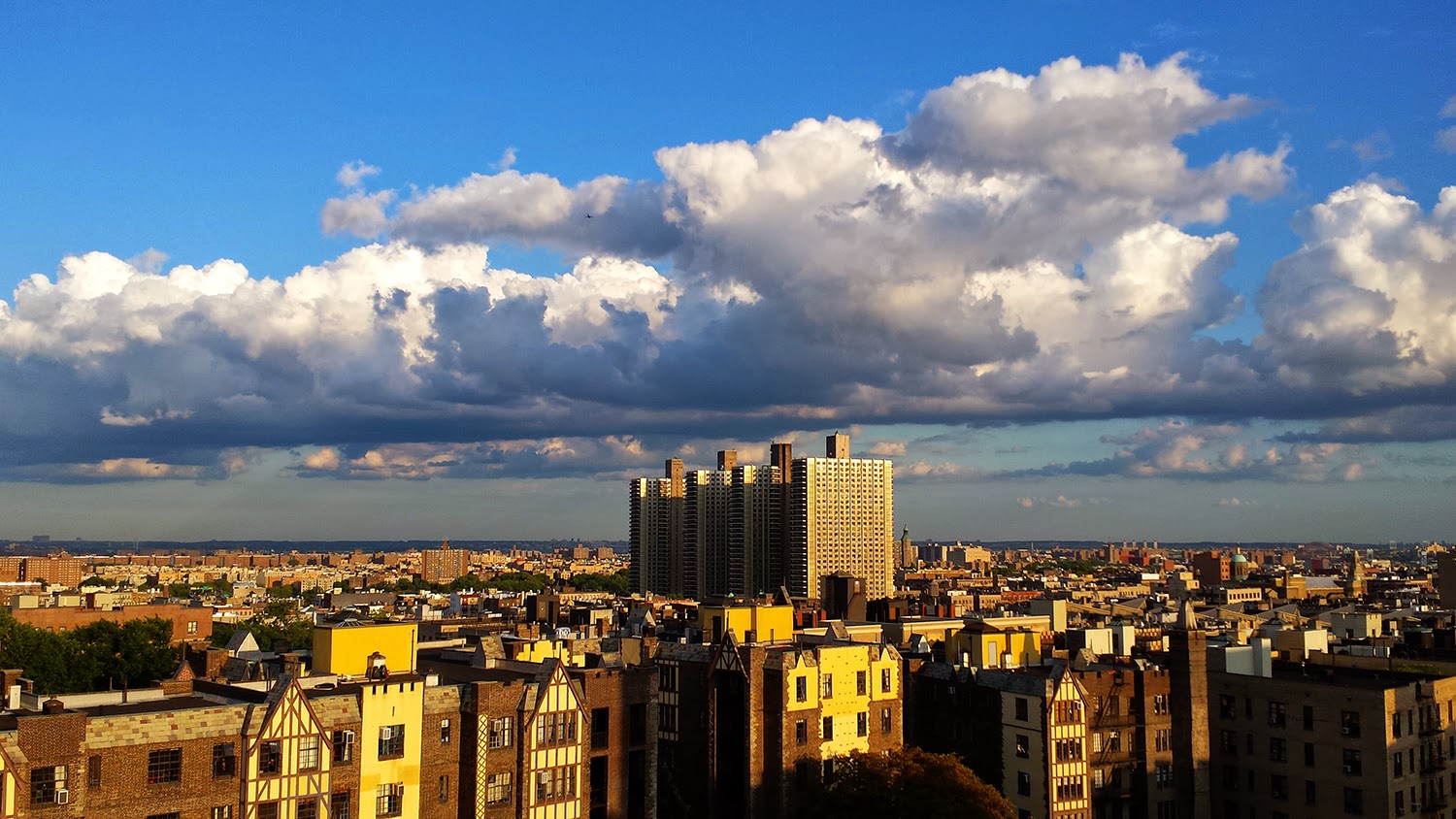 Not particularly sharp, looks nice at small sizes and on the small screen. About what you'd expect. 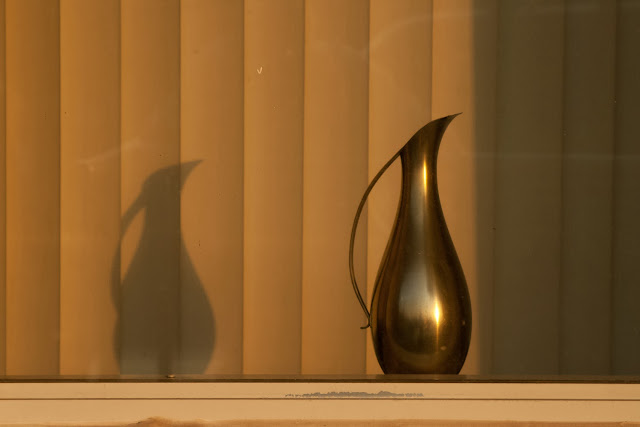 An oldie. Not crazy about the reflections on the window, but I still love the light and shadow here.
Posted by Michael Gatton at 7:38 PM 1 comment: From construction site.
Posted by Michael Gatton at 9:49 PM No comments: 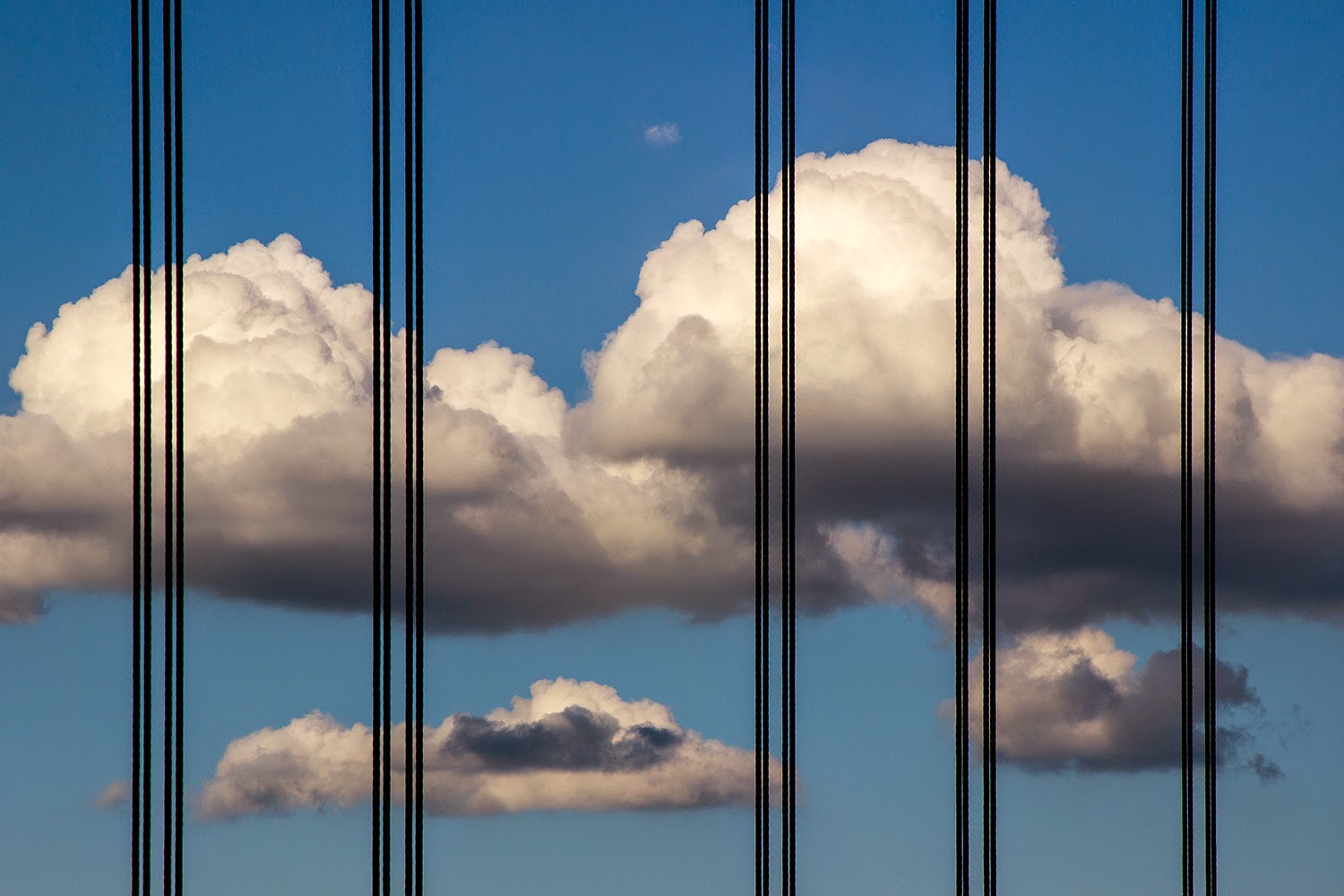 A second entry in the "clouds" photo club assignment for the week.
Posted by Michael Gatton at 7:35 PM 3 comments: 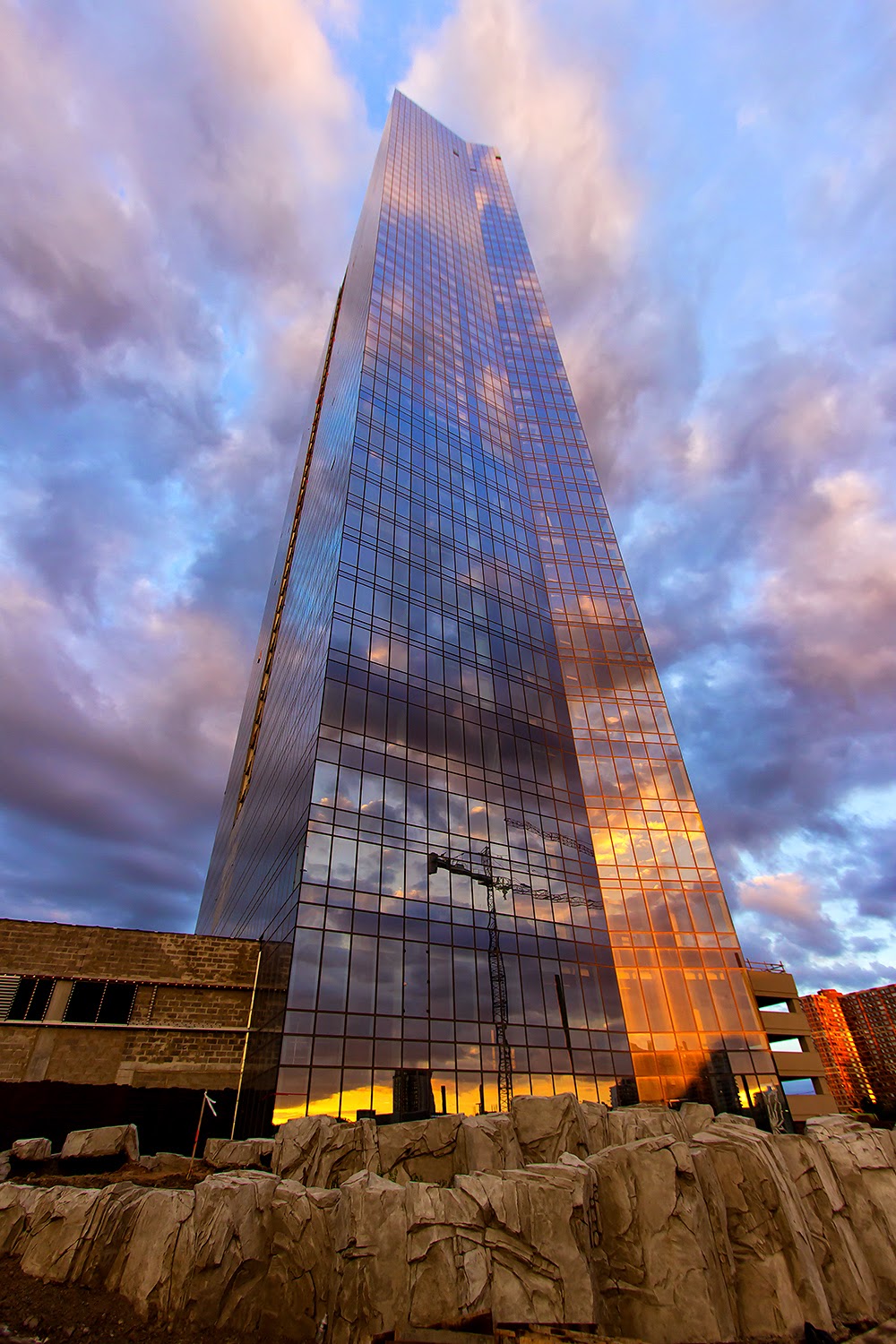 And clouds. One of two planned towers on this development project. This is the dramatic effect an ultra-wide is made for, I think. Exaggerated purple again. Thanks Blogger.
Posted by Michael Gatton at 9:36 PM 2 comments: 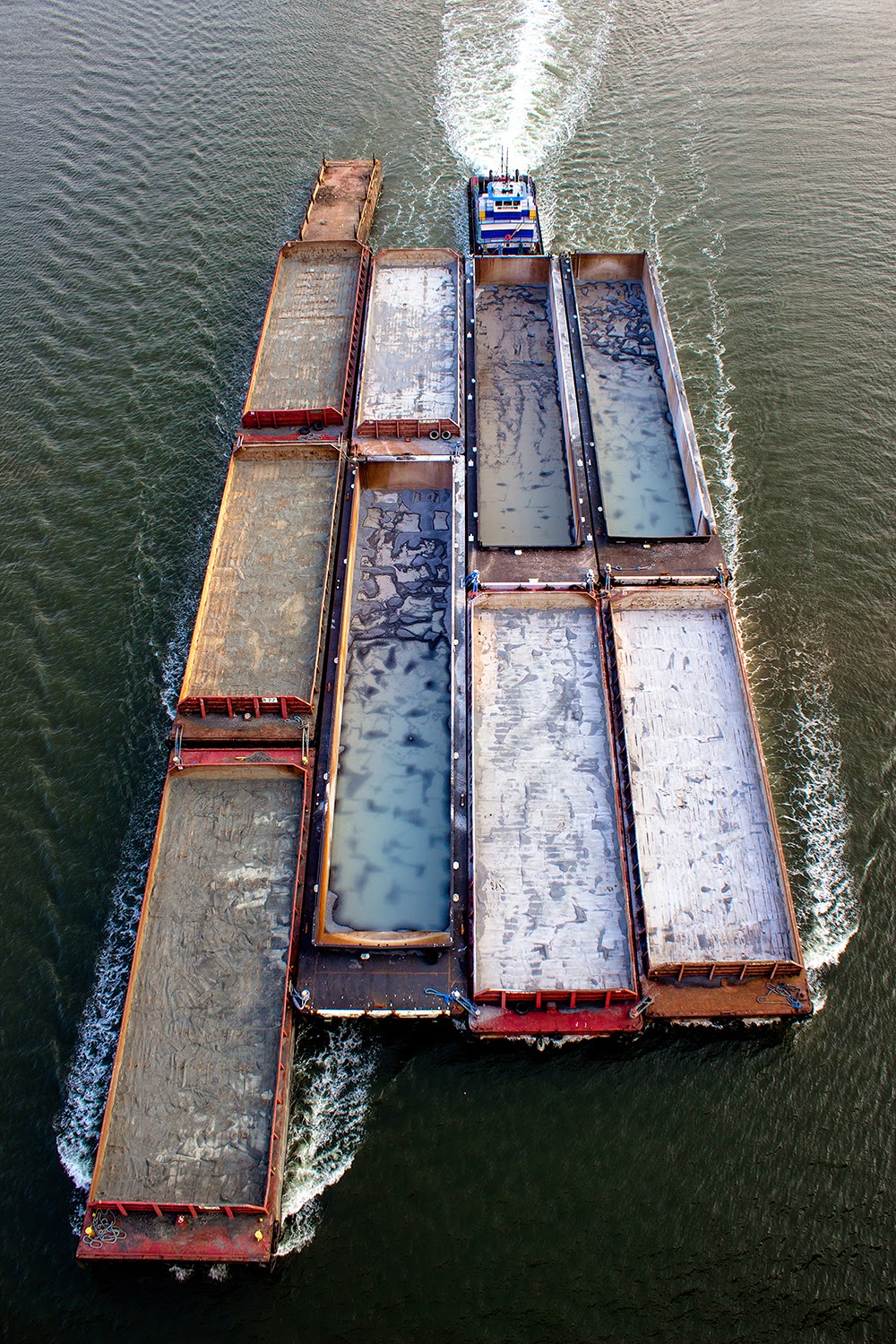 That little ray of golden sunshine on the water to the right is annoying, but this shot doesn't appear very often or predictably.
Posted by Michael Gatton at 4:29 PM No comments: 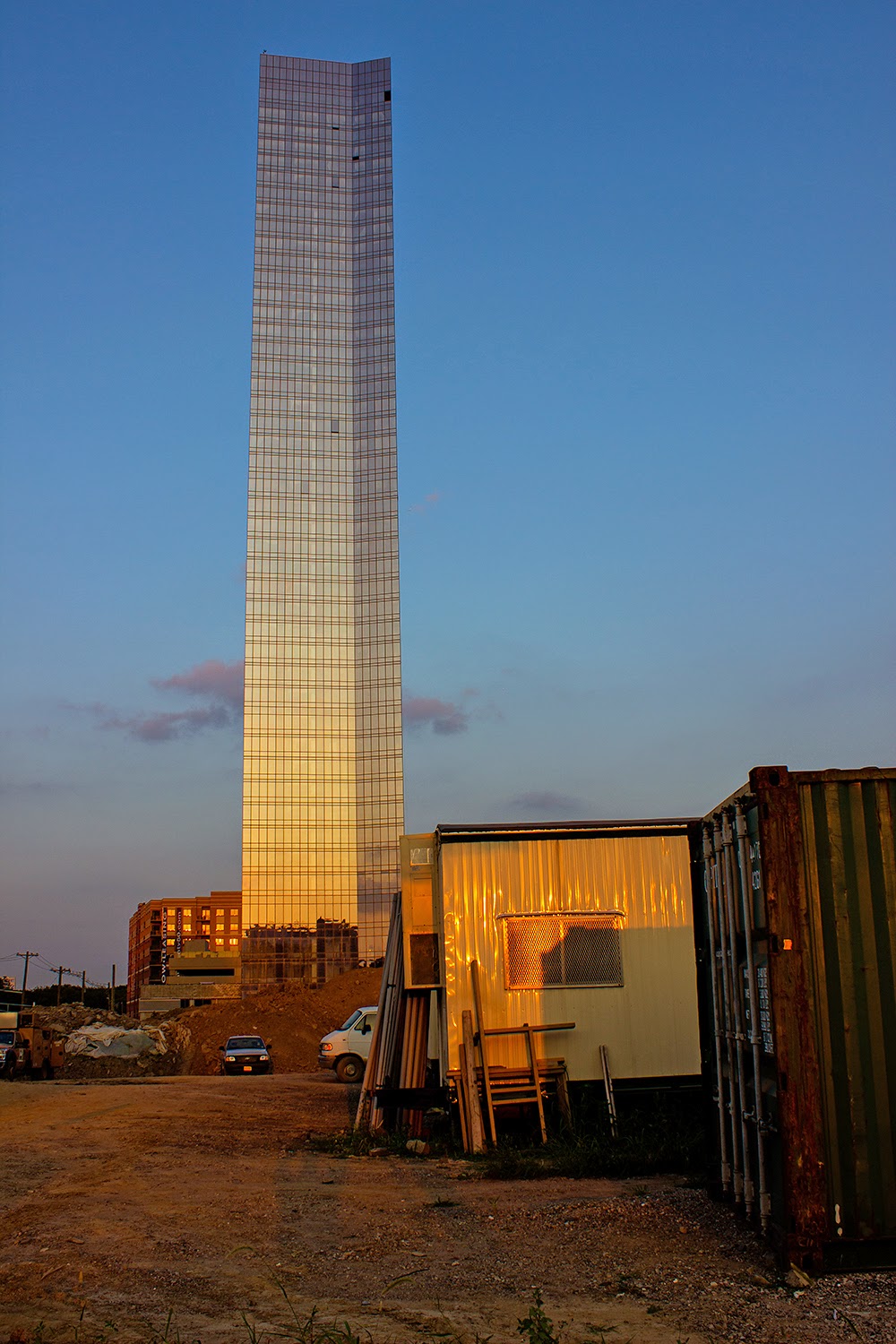 Fort Lee again. It's a nice walk across the George Washington Bridge to get there and a lot of small town sights to see and photograph. Then there's this monstrosity. In the foreground is another construction site for even more development.

These projects may have something to do with the Chris Christie bridge scandal. They are on what was for decades acres of vacant property in prime location with easy  access to the bridge, precisely the access lanes that were closed during the scandal. There is speculation that the lane closures (which snarled traffic in Ft. Lee for days) were an attempt by Christie or his cronies to sabotage financing for the deal. 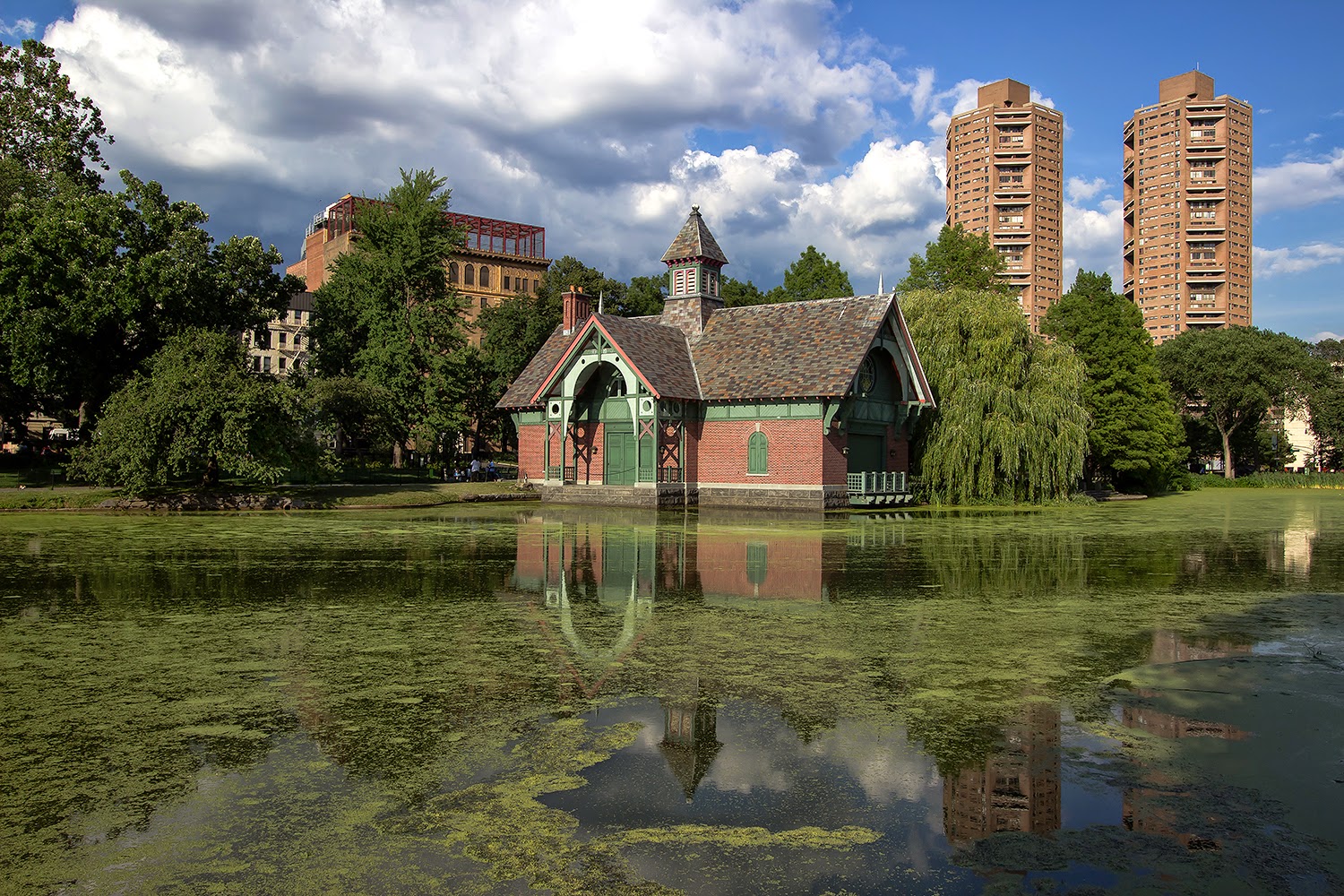 Harlem Meer & Education Center. Northeast tip of Central Park. With a layer of duckweed & algae covering most of the surface interrupting the reflections. Just putzing around with the wide-angle lens, which I've still not got comfortable with.
Posted by Michael Gatton at 9:05 PM No comments: 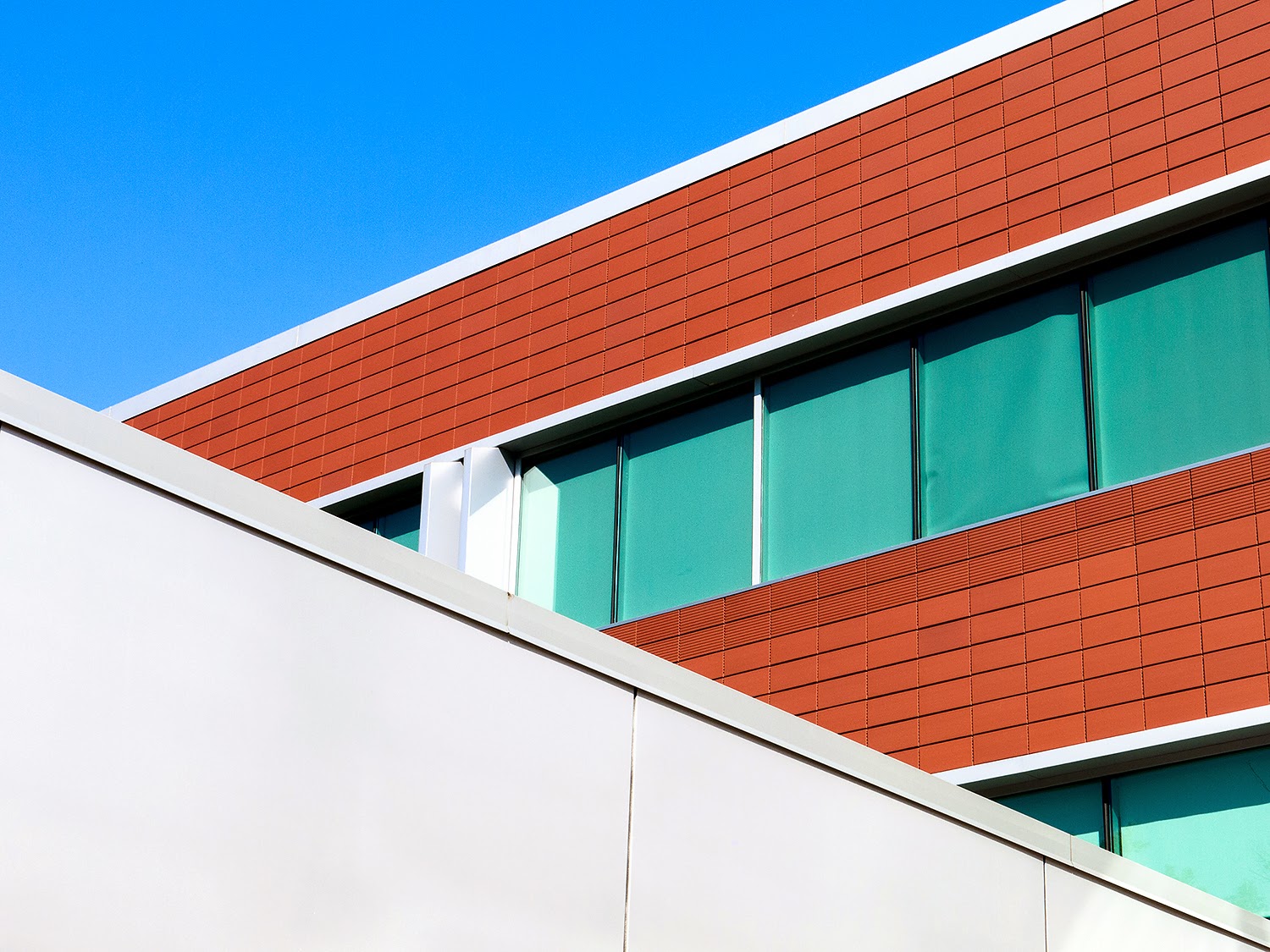 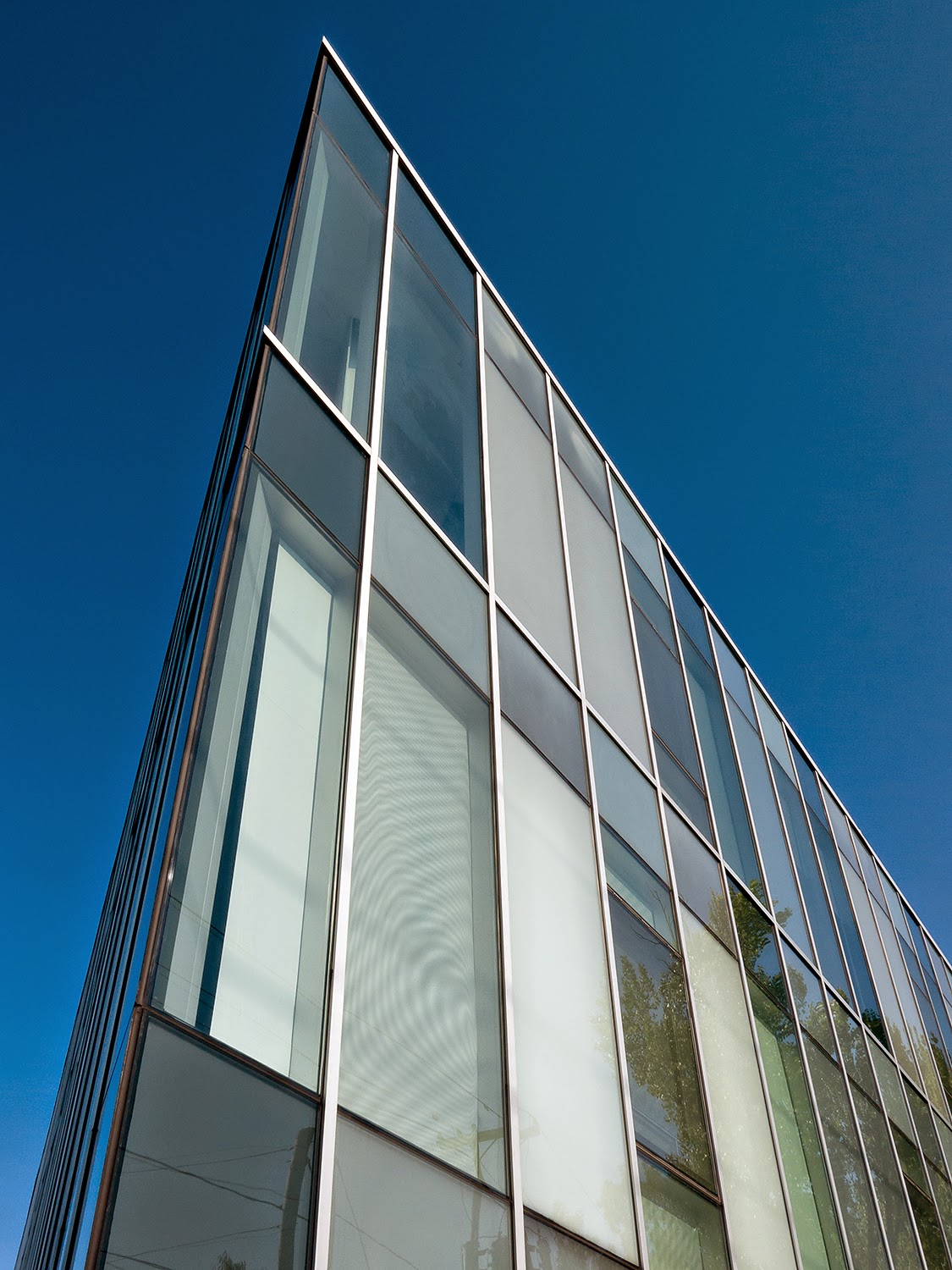 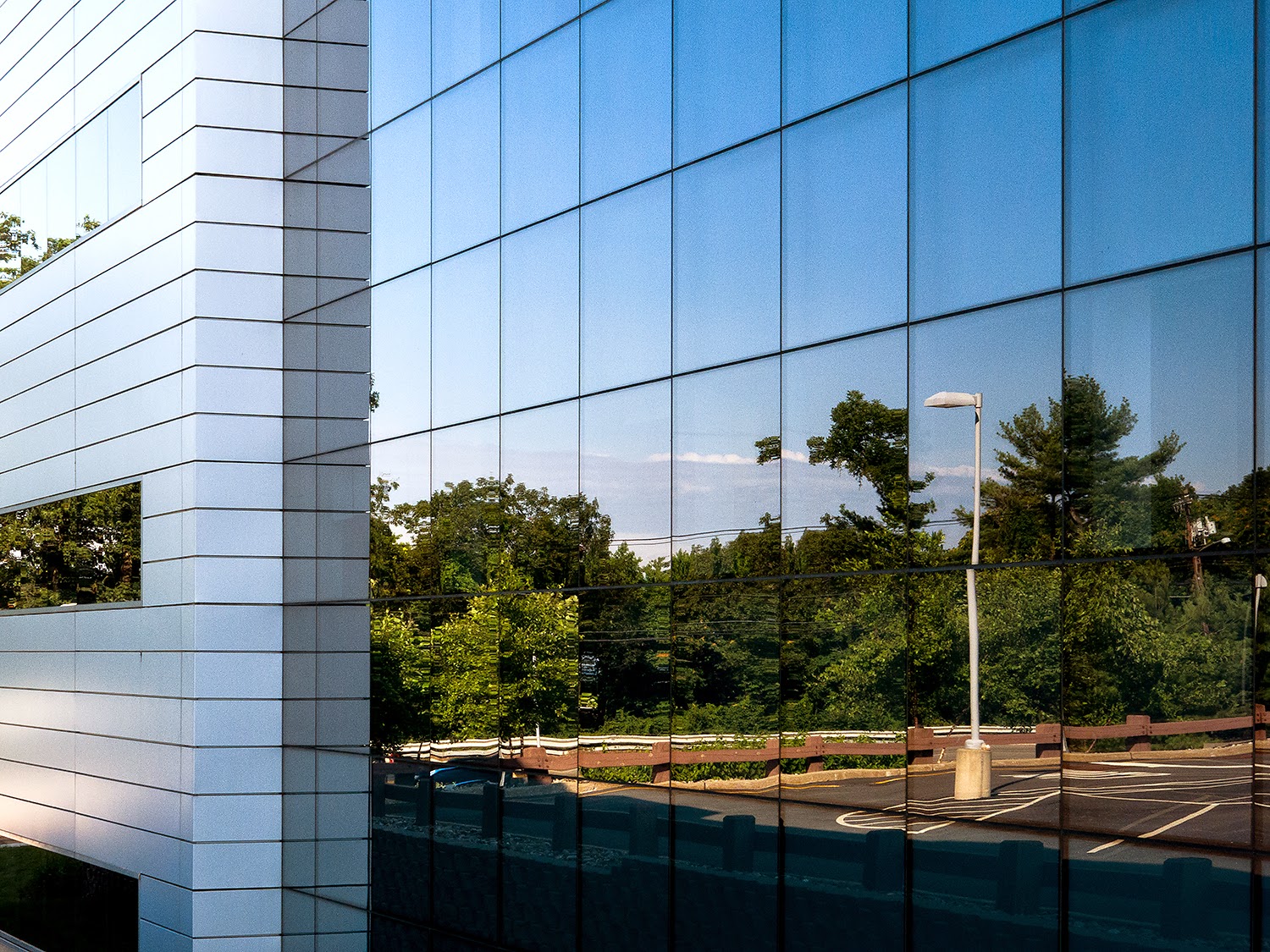 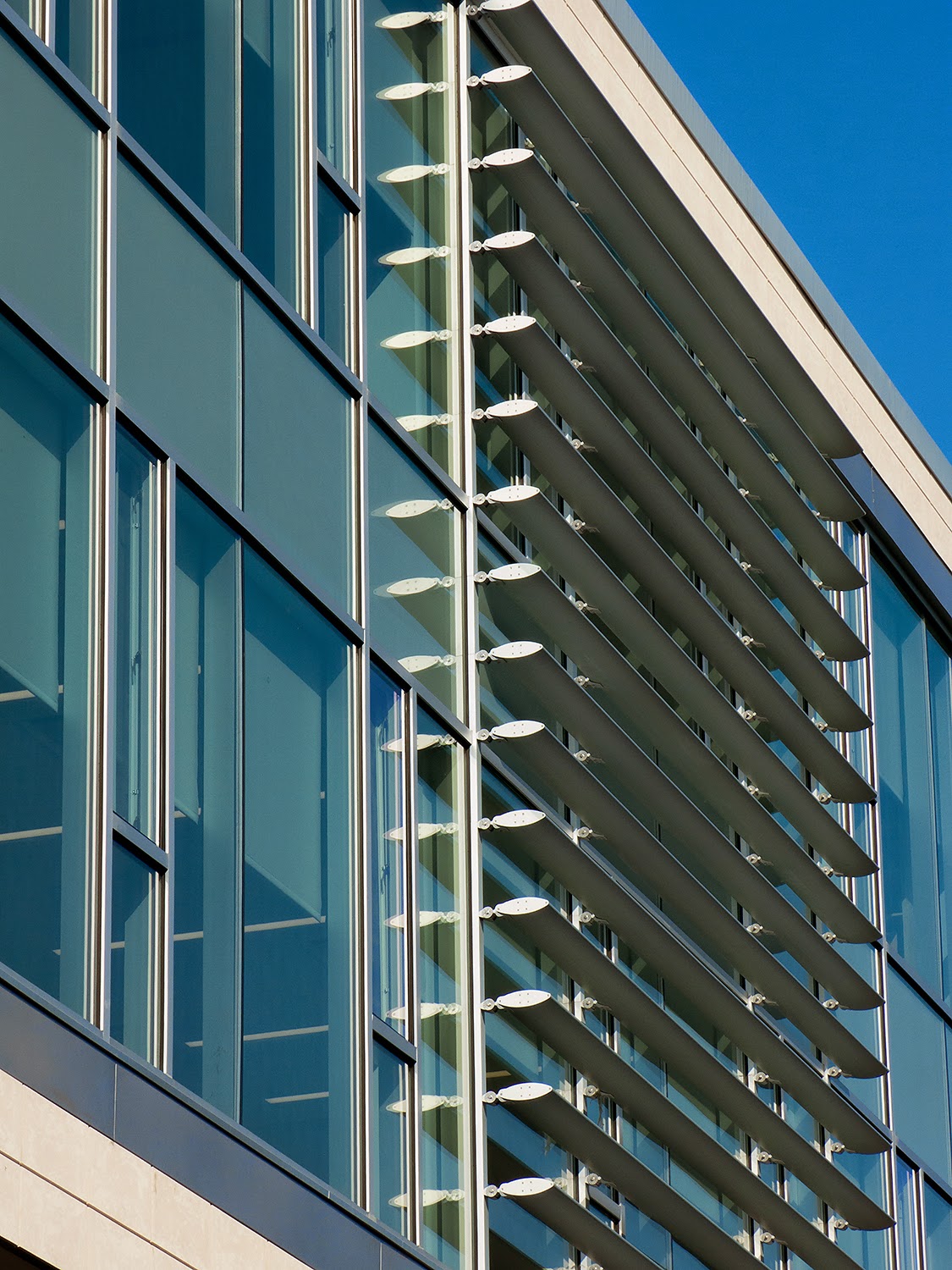 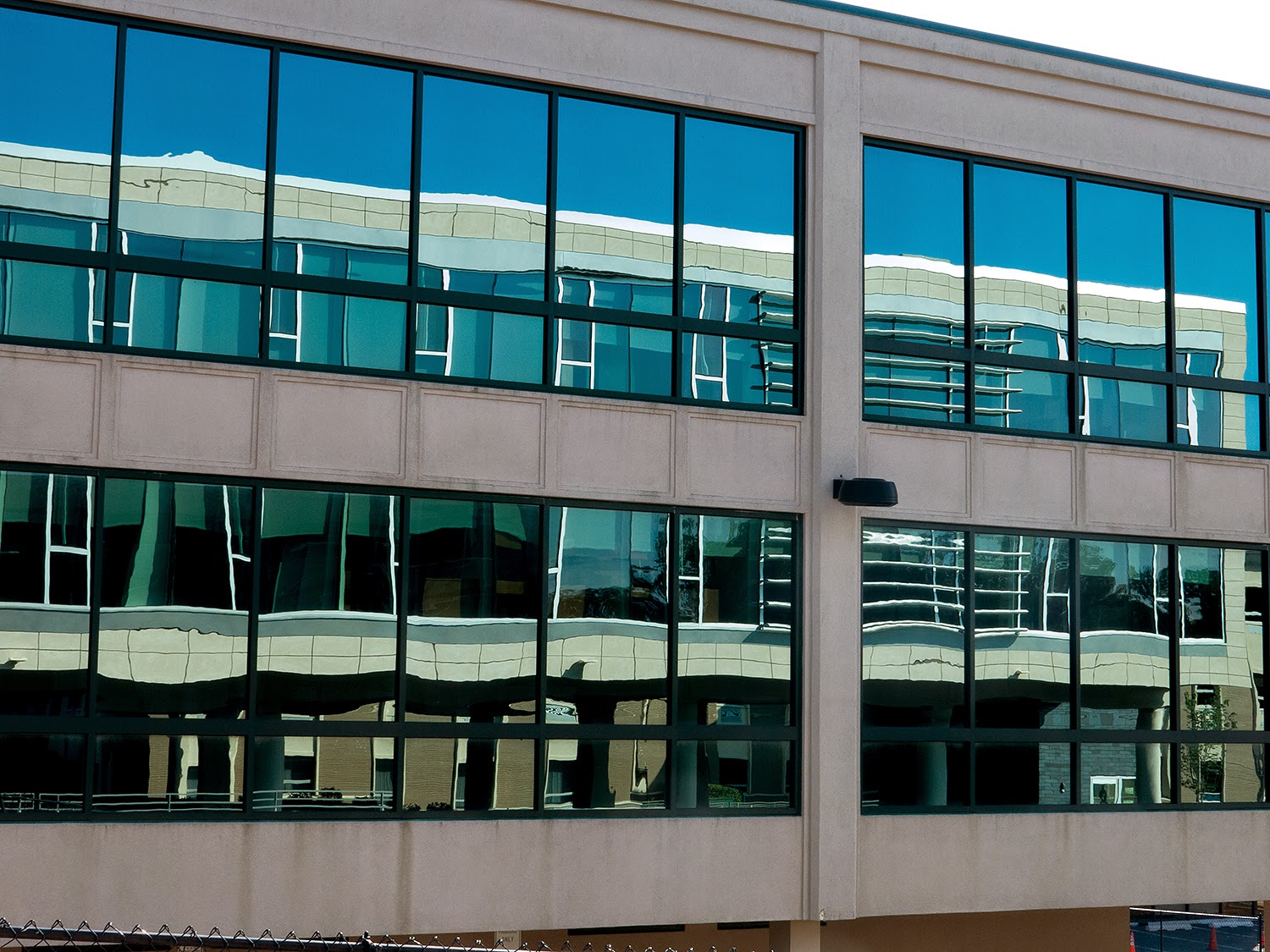 A strip of low-rise office buildings along my bike route in Ft. Lee, New Jersey. All top out at 2-3 stories in height. Glass, concrete, metal. A little composite material here and there.
Posted by Michael Gatton at 7:17 PM 1 comment: 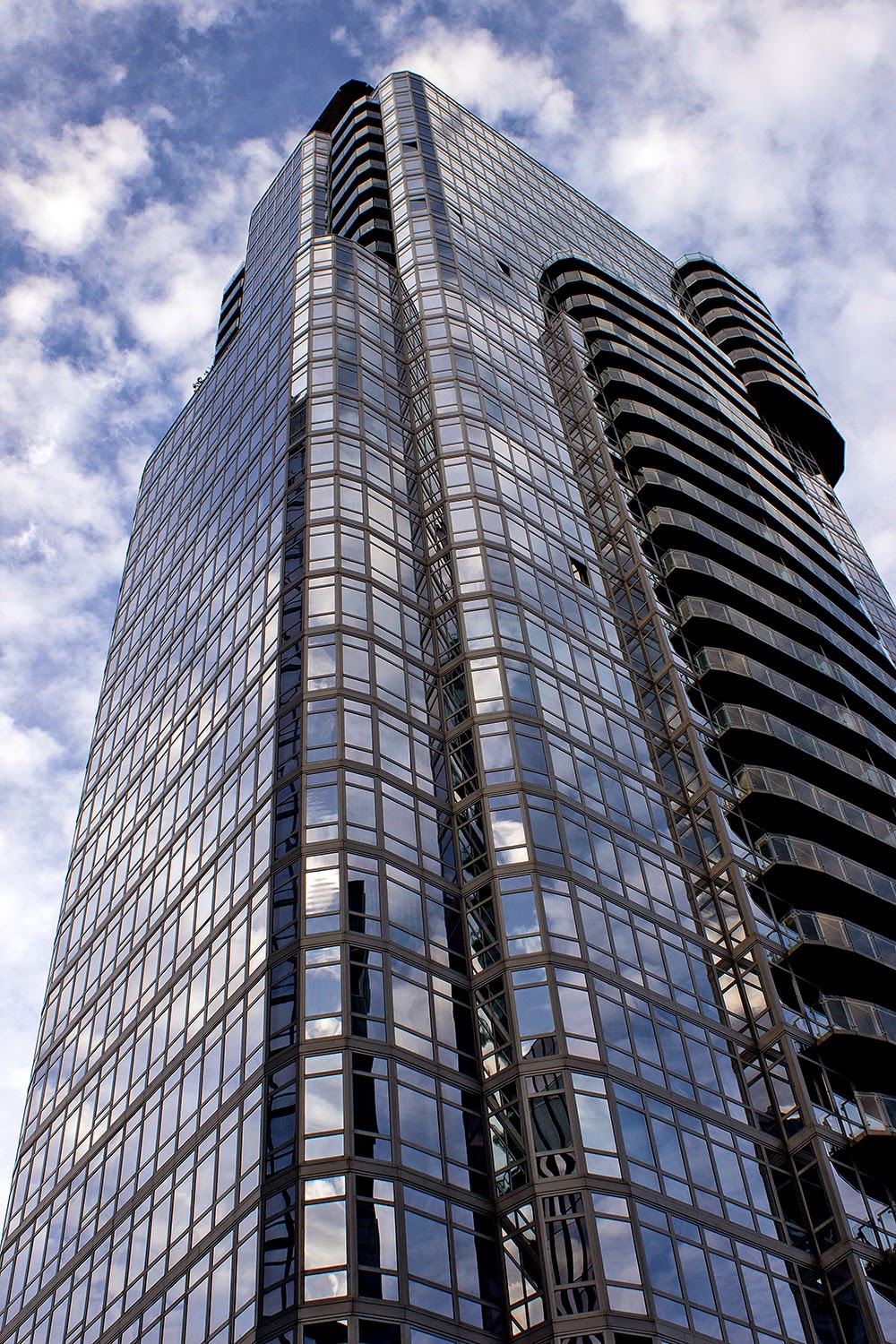 Forgot the name of this building, part of a complex of contemporary designs along the west side of Manhattan in the 55-58th street area. Strikes me as a sort of retro-futuristic look...

Here's a second one, with a reflection of the first one... Don't know why but when I upload these to blogger I'm seeing a distinct purple cast that isn't there in photoshop, so I don't exactly know how to get rid of it...

Update: Because this is bugging me... 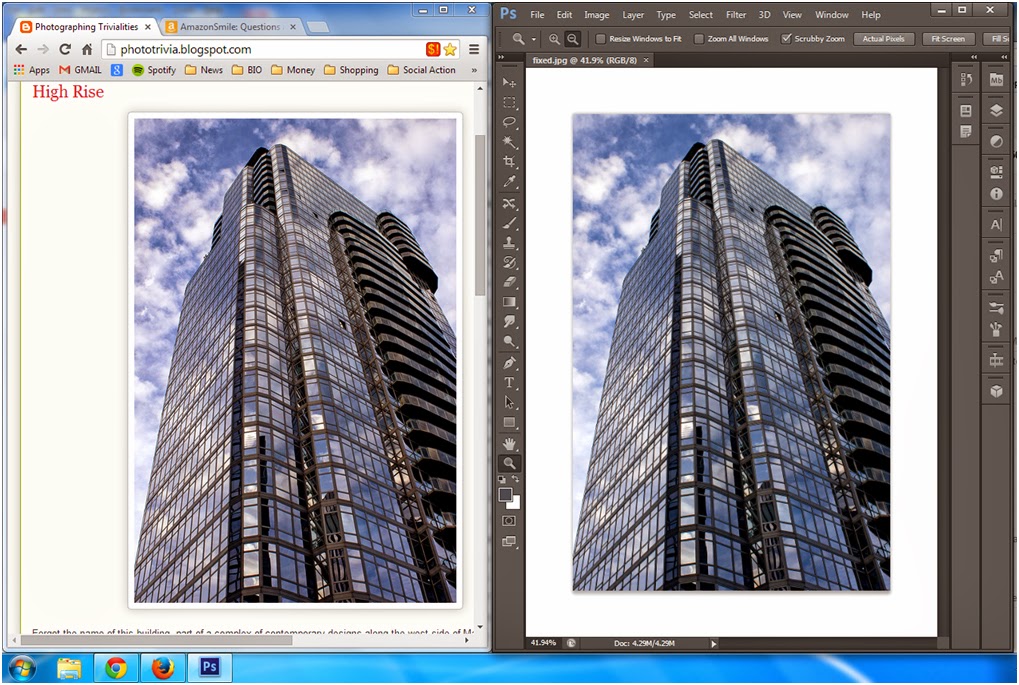 The purple cast is even stronger here. I thought maybe blogger was loading a cached version of the picture (I had corrected the color cast in an earlier version of the image before posting) so I changed the name of the file and reuploaded, but no change. Maybe I need to delete the post and start from scratch? Nope, doesn't fix the problem either...grrr.

In searching for a solution, I googled "purple color cast in blogger" and nothing came up. Then I noticed a different problem with washed out tonality in another photo - and googled a more general "poor image quality in Blogger" which led me to the solution. I had to go to google+ (which is intimately linked with blogger) and change my setting to turn off the "auto-enhance" feature.
Posted by Michael Gatton at 9:45 PM 1 comment:


The only list you will ever need on this subject.*

10. Anything photographed at the so-called "golden hour." The light here is soft and golden and can produce long, dramatic shadows. It is used so often that we may now consider it a cliché. Avoid at all costs.

9. Daytime after or before the golden hour. Only neophytes, tourists, and lazy people shoot during this time of harsh light. Some pros use it to dramatic effect or compensate with hella flash, but that's already played out.

8, Night photography. Seriously, it's been done to death. Cities, landscapes, especially with light trails, or starry nights in the background - Zzzzzz.

7. Nature. Including pets and wildlife. Flowers, landscapes, sunsets, etc. Go ahead, google it.

6. Man-made. Machinery of all kinds and the paraphernalia needed to house, lock, link, and otherwise support said machinery- industrial, transportation, household, etc. After Metropolis, what else is there to say on the subject?

5. Architecture, sculpture, and other works of art. Come on, you're taking credit for another artist's work! Oh, and let's call this 5a - Staging a work of art à la Cindy Sherman or Sandy Skoglund and photographing it as the final product of the art.

3. Black & White It's the oldest kind of photography (not counting camera obscura here), so it's had a lot more time to develop (no pun intended) into the high form of cliché that it is today.

And the number one cliché is

drum roll........
.
.
.
.
.
.
1. PHOTOGRAPHY! Saw that one coming I'm sure. Let's face it, we're nearing the point where every person on earth has a camera and an itchy trigger finger, snapping along throughout the day and posting on social media. Here's a quick rule of thumb in case you forget all the clichés listed above that you must avoid - if you are pointing a camera at something, anything, at any time of day or night, and snap a picture, it's a cliché. Simple, eh? Photography is dead. Long live photography.

*This post is a tongue-in-cheek (obvious, I hope) response to all those cliché lists out there. I have a bad tendency to walk around with this list in my head of cliches to avoid shooting, which ultimately leaves me with nothing to shoot. 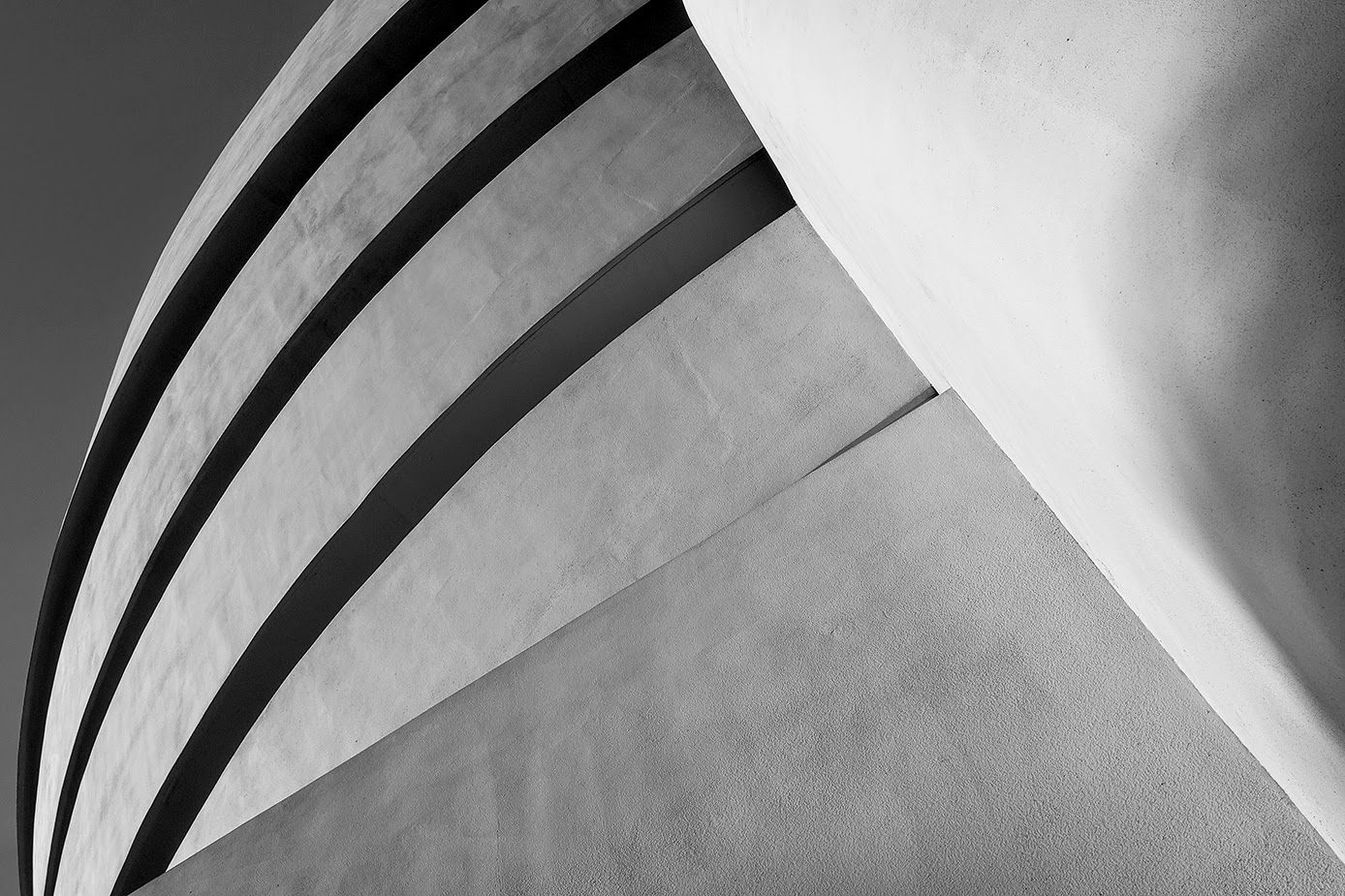 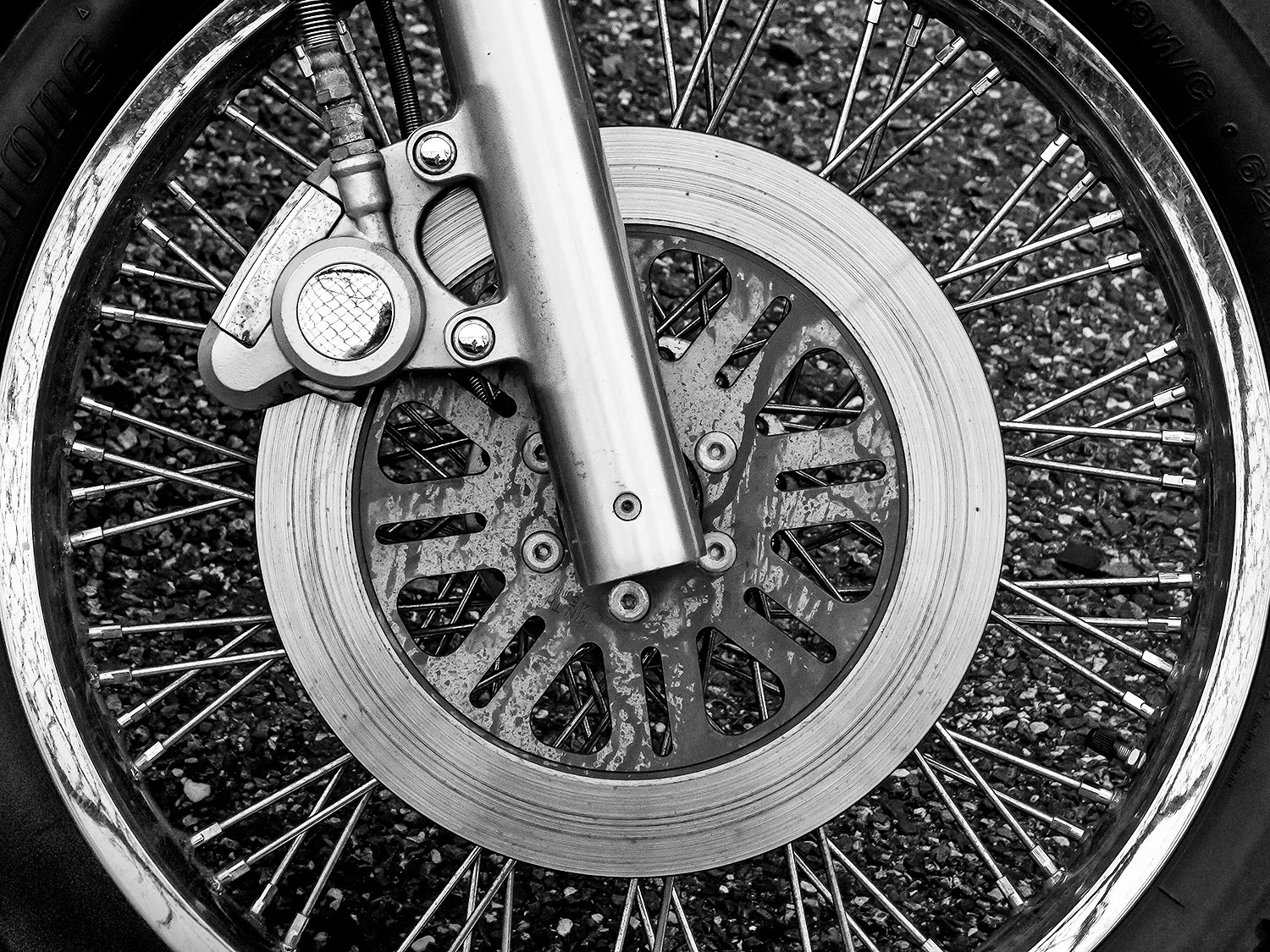 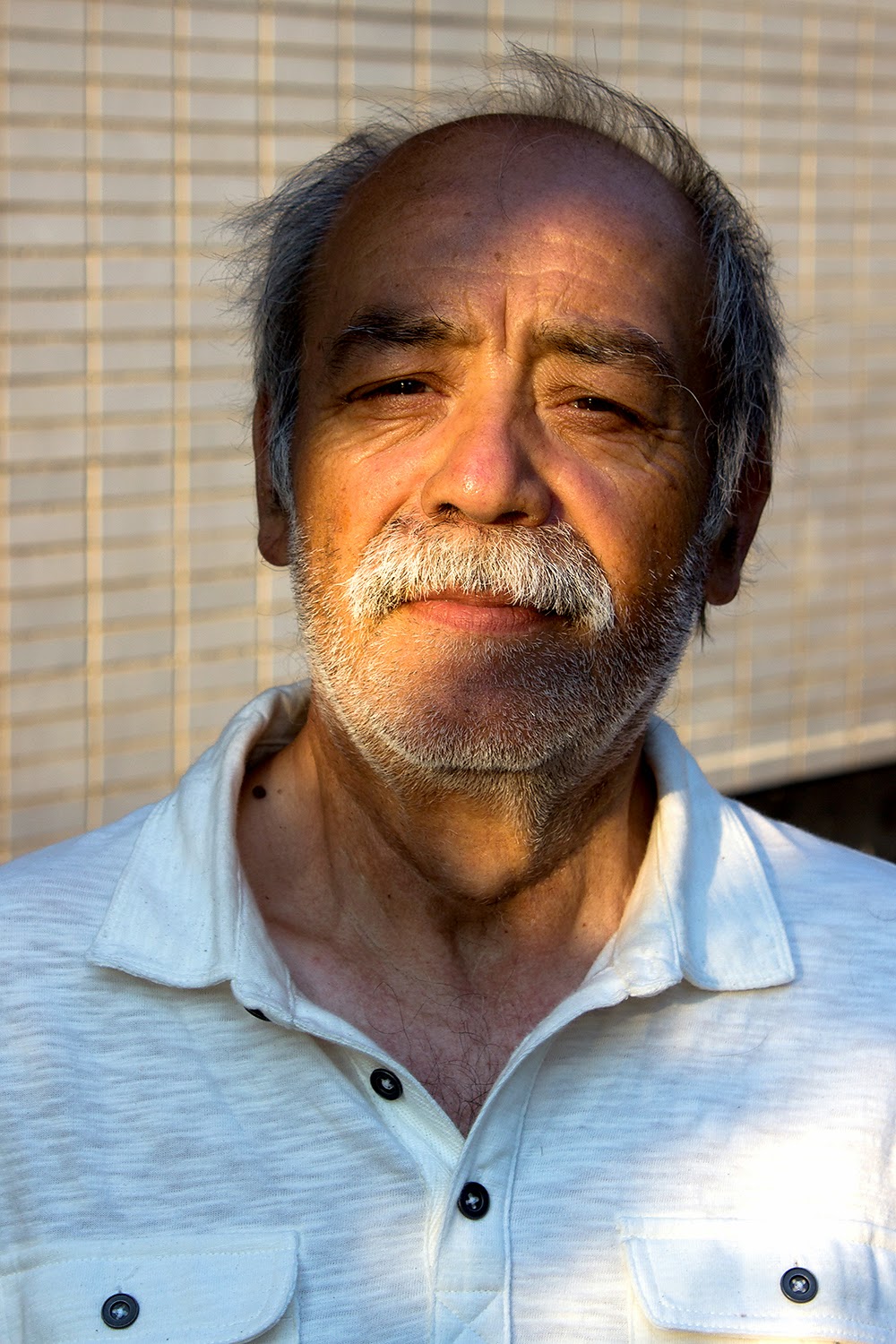 This nice man asked me to take his picture on the streets in Washington Heights today. It's a bit too much mug shot style. I should have moved him a smidgen to the left (my left) to get that shaft of light more on his left eye.  Or turned his head a little in that direction. But hey, I'm not practiced in the art of street portraiture...

Lately I've otherwise been wandering aimlessly around not really seeing anything to shoot. Photographer's block, I suppose.
Posted by Michael Gatton at 9:04 PM 1 comment: